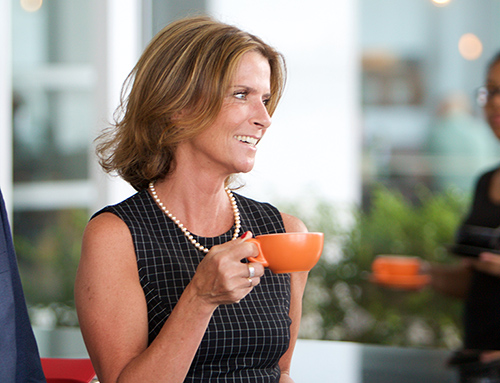 Shyrelle graduated from Auckland University in 2004 and was admitted to the bar in 2005.

She joined the predecessor to the firm in 2004.

Shyrelle receives instructions from New Zealand based insurers on a wide range of issues, typically with an emphasis on professional negligence claims and on policy interpretation. Instructions include claims against solicitors, real estate agents, employers, boards of trustees and territorial authorities.  She also maintains a busy construction law practice.

Shyrelle has appeared before all courts in New Zealand and on a number of occasions as junior counsel in the Supreme Court.

Shyrelle assists various organisations on a pro bono basis and has recently been appointed as a Director of St Mary’s Board of Directors charged with developing the school’s buildings and facilities.

Shyrelle was appointed an associate in 2010 and became a partner in 2014.

“Since our first sizeable WHRS claim in 2007 the Gisborne District Council has been lucky to have Shyrelle Mitchell and senior associates from Heaney & Partners on our side. They have displayed absolute professionalism, skill, and patience through the often very protracted legal process. Shyrelle is tough when needed, conciliatory at other times, absolutely empathetic but not soft with the other parties despite their circumstances and sometimes lack of PI insurance...”

“...The teamwork that is used in mediation negotiations is seamless and extremely robust. Their knowledge of the Building Act is very thorough, and they know where to stand tough, and where to bend a little. Each time Shyrelle has reinforced my original judgement, proving that a good legal representative can make a bitter pill a lot easier to swallow. I would recommend their services for any council who has a tricky legal issue that must be resolved.”

“Just to pass on comments made to me by our building guys who attended a mediation yesterday in which Shyrelle from your team acted. They were impressed by her. I wanted to ensure you were aware of that assessment.”

“In 2013 I required expert advice on a pressing legal REA matter and was directed to Shyrelle. That advice resulted in a successful outcome which has cemented a working relationship that exists strongly today. With an innate ability for detail and problem solving, Shyrelle has provided matter of fact reasoning that has allowed parties to get an outcome and move on effectively and efficiently. I am in an industry where emotions can run high and Shyrelle has provided and continues to provide what I consider the best advice in the business.”

“It has really been a pleasure working with you. You are possibly the most patient and polite person in the face of irritating Australian lawyers, vacillating clients, rambunctious lawyers and other assorted fools I have ever come across.”

We succeeded in having 14 defects, not part of the original WHRS assessor’s report, struck out.

We successfully resisted an application by Stuff for access to the documents on the court file.

RESTRAINT OF TRADE: WHAT TO CONSIDER IF YOU’RE PURCHASING A BUSINESS

A case recently before the High Court demonstrates the issues at play with restraint of trade when purchasing a business.

We successfully defended a complaint made against real estate agents. The Complaints Assessment Committee determined to take no further action on the complaint.

We successfully defended real estate clients from allegations that they had forged initials on a sale and purchase agreement.

We successfully defended an application by a ventilation contractor who sought leave after close of pleadings to file a cross claim against the council.

We successfully applied on the council's behalf to adjourn a 12 week trial when the claimants tabled nearly 1,000 pages of reply evidence 5 weeks before the trial was due to commence.

Summary > VIEW PDF >
more
Back to our people
PAUL ROBERTSON