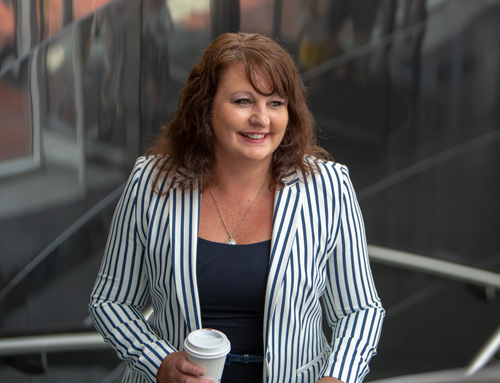 Kelly graduated from the University of Auckland in 1994 with a BA and LLB.

She began her career at Kensington Swan, handling a range of insurance related claims.   She was also involved in general commercial litigation and debt recovery.

She joined the predecessor to the firm in 2006, was appointed an associate of the old firm in 2007 and a partner of the current firm in 2014.

Kelly specialises in building defect claims. She manages multi-party claims dealing with claims in contract, negligence and breaches of the Fair Trading Act.  The claims have ranged from single dwelling claims of various values to multi unit claims up to a value of $35 million.

One of Kelly’s main strengths is her ability to critically analyse complex factual and legal issues and disputes and to be able to quickly resolve it to her clients’ best advantage, taking into account their financial position and other considerations, such as commercial relationships.

Kelly is a strong advocate for any client, either within an ADR forum or a court.  Kelly is an active supporter of alternative dispute resolution. She is regularly engaged in judicial settlement conferences, mediations and in negotiation on behalf of her clients on an almost daily basis.  However, when a claim is unable to be settled Kelly is an experienced litigator, having run claims in the district court and high court and she has appeared in the court of appeal.

Outside of work, Kelly is mother of three young and active children and contributes to the community on a pro bono basis, including serving on the Board of Trustees of St Mary’s (Primary) School.

“I had the good fortune of being introduced to Kelly five years ago when I was recommended to her by an associate. Kelly’s legal knowledge and ability allows her to understand the situation quickly and work to time frames that provide solutions. I have relied on Kelly’s guidance and advice for direction on disputes and REA issues and would recommend her to any party seeking representation. Methodical with outcome, Kelly’s litigation experience has provided a positive experience that allows disputing parties to resolve. Simply the best around.”

“She plays the ball not the man.”

“Just wanted to confirm my thanks for yesterday’s excellent result.  In some respects it was a strange day where money was not the issue but pride was and the plaintiff became one of your disciples. Nice to get this out of the way. Well done.”

“Well done. You were great today. I think the contributions you managed to extract from the other parties were outstanding.  It is a good result all round.”

NEGLIGENCE IS A NUISANCE!

Contractors have always needed to be aware and take steps to avoid the risks of causing harm to land and property belonging to others.

We succeeded in securing judgment against the builder on the council's cross claim.

The court was the impediment to a settlement between the apartment owners and the council.

This was a professional liability case brought by the owners of a “leaky building”. We acted for the council on an appeal from a judgment of the High Court to the Court of Appeal.

The council succeeded on appeal with a finding that the builder was negligent and 100% responsible for the window and fascia damage and the claimants had contributed to their own loss by 40%.